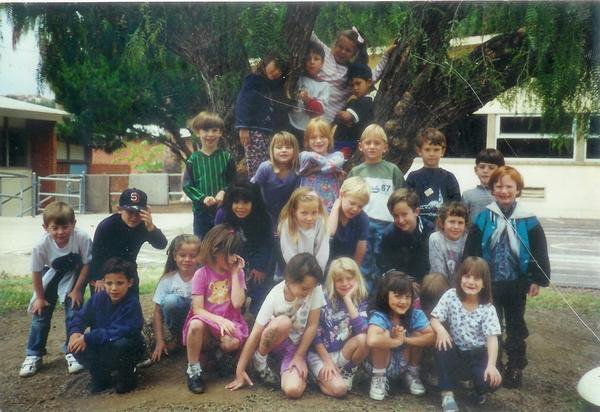 I always looked forward to the day when I’d earn or assume grown up status. I was eager enough to embark early on my journey towards adulthood despite the warnings, because I knew better than them. If only they could understand… They never do though.

My adult life did not start when I left home, but at the time I was convinced it had. When I left home–a teenage drug addict dropout–I charged full speed into the world without care or concern for anyone or anything but myself. I had Cassandra and she had me, and we didn’t give a shit. And then one day the La Mesa S.W.A.T team held me accountable for my negligence and refusal to adhere to the adult rules of life and society.

I returned to the world facing a heavy burden, and my freedom relied on competent execution. I was then an adult, and for the first time I understood that my actions carried a heavy weight, and from that point on my decisions became precise, like moves on a chessboard–but not in a normal game of chess; a timed one. There never seems to be enough hours in the day, and there were never enough cigarettes in the pack, or money in my wallet.

Day after day I’d smoke my last cigarette before it was time to turn the lights out, and I’d lay awake craving another wondering how I was going to come up with the money for more. Day after day I’d spend the last dollar in my wallet, and I’d lay awake with my stomach rumbling wondering how I was going to eat the next day. Day after day I pondered these things alone, because I was an adult and I was now my own caretaker… Put simply, being an adult sucked!

The harder I worked the more money I had in my wallet and the more security that I’d have an extra pack of smokes laying around in the morning, but I also started losing time. But when you’re broke and young and freshly out of friends what else is there to do?

For a long time I looked back on my progress through society and into adulthood as that pursuit of happiness bullshit, like the harder I worked the better my life got. In truth the harder I worked the more tuned out I became, and standards plummeted to the status quo acceptance of mediocrity being the goal and the standard of a good life. Happiness was secondary to a manageable life and acceptable appearance. Don’t you dare color outside the lines!

Do you remember being a kid? When you didn’t have to worry about rent, or food, or if your ass looks fat in those new slacks? I do. I remember playing in the dirt with a passion for what I was doing like nothing else existed. I remember wandering around oak forests mystified like they were ancient forgotten kingdoms. I’ve gone back and revisited these places as an adult and the first few times I couldn’t find the magic because I was looking through adult eyes. An adulterated perception. Isn’t it ironic that to adulterate something is to make it of lesser quality?

All this hype about being an adult, and all this nonsense about how good it is. If adulthood was a product I’d bought in a store I’d return it and give it a one star review on Yelp.

Adult life is way overrated, and we as adults take ourselves and our lifestyles way too serious. I think that was what I found when I started climbing–an escape from the mundane and overly formal rituals of adulthood, and having spent a prolonged period of time getting in tune with the kid in me, I think I’m sold on it. I’ve done enough growing up, and I think it’s time for me to start growing back down.

7 thoughts on “Growing Down”

I mean, let’s be real... I basically live here at the point—here lies all my belongings
🤑
Shit, obviously I’m gonna post this lol. Proud send right there.
“I didn’t know fat could cramp” 😂😂😂