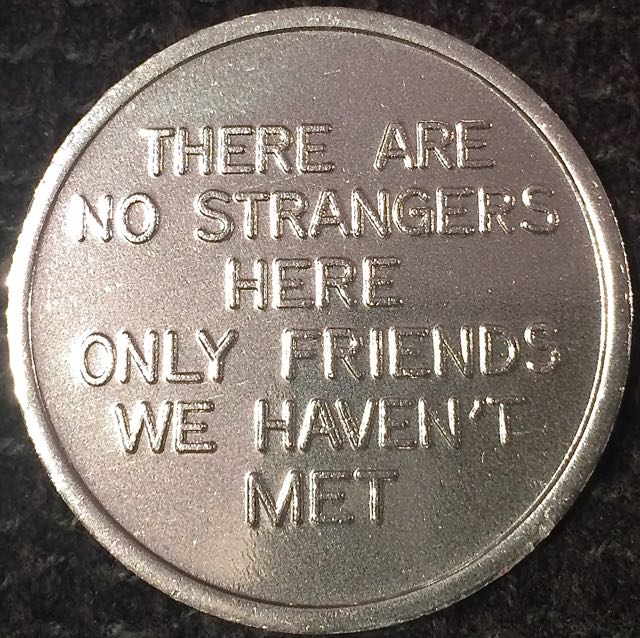 I parked and walked into the San Diego Alano Club meeting room. This is the place where I took my first steps towards redemption. This is the place where I found my freedom. This is also a place many in the recovery community consider the bottom of the barrel. I like it though. It’s rare that you sit in a room with an OG brother, OG ese, and OG wood without tension. I mean, of course there have been times where people have been smacked with a chair over some trivial argument, or that other time when the coffee pot got smashed over ol’ dudes head, but those are pretty rare occasions.

The rooms of rock bottom drug addicts and the lowest of the low alcoholics are places of unrivaled hope. The stories you hear in these rooms are unlike any story you will ever read in a book or watch on some bullshit A&E TV show. This is the real deal. You can read about a romanticized version from some dip shit like me, but that will never really convey the gravity of the harsh realities these people face everyday, or the heinous backgrounds they’ve crawled out of.

I took my seat towards the back of the room with my watered down meeting coffee and opened my mind to a room full of people who I’d likely not stop to piss on if they were on fire in the street otherwise. Today there is a doctor present, and an old white con, and two OG’s from Barrio Logan–they are the types of dudes you’d expect to see in some prison movie. These are the real Danny Trejos without the Hollywood glam.

So I’m sitting there looking at the homies in front of me trying to imagine what their lives must have been like 20 or 30 years ago. Where might they have been? Were they up in Nor Cal on some prison yard running things? The old blurry blue prison ink suggested that’s a likely scenario. But there we were, sitting in a room with each other telling our success stories, and sharing tips on coping with the past and present battles of our lives.

It’s pretty awesome to hear an old hardened gangster talking about how grateful he is that his neighbor brought him some cookies, a male neighbor, and that he ate every single one of them. That’s what I like to hear. That’s radical change.

I roomed up with this OG who had spent over 50 years in prison once. They called him Jefe, which means Boss in Spanish, and he was about as scary of a person you’d ever want to meet. This man had once possessed a type of power that very few in the world ever experience. The first day in the house Jefe almost shanked this guy named Cisco. Eventually we changed Jefe’s name to Pops. Pops hardened nature was softened by the joking and happy environment we’d created in our Sherman Heights halfway house.

Pops and I had a mutual friend dubbed Happy, Haps for short. Haps was an oldschool bank robber. They’d done 15 years together on one of the most gruesome and dangerous cell blocks in the United States prison system. I watched these two men overcome whatever it was that had gripped them for the majority of their lives. I watched them mend.

I’ll never forget Pops. One of the last times I saw him he and Haps had just finished walking the stairs behind the San Diego Convention Center, it was their morning workout routine. There along the bay they stood–Pops, an old south side gang leader, and Haps, an old white ex-con bank robber–smiling and laughing. Smiling and laughing they raised their hands in the air, full of money, and just let it go into the wind. Money raining from the sky out into the water, and they just stood their with their arms raised, as if to some creator, embracing some magic moment that I wasn’t apart of, laughing like a couple of old jackals.

Money. The commodity they had spent most of their lives in prison for trying to get more of. Redemption.

Pops died a few years back, and he died a very happy man. The whole experience has been fundamental in my view of others, and my view of the world.

The last time I saw Haps he was riding down Adams Avenue on an old rusty bike. He had just informed me that he was going to ride all the way to Hawaii. And you know what, I bet you he did.